While blood runs through the streets in the bear market, we see branches of hope sprouting up from the pavement. There is an emerging class of thinkers and advisors among the young generation of intellectuals. Bitcoin intellectuals. One is from Harvard and one from MIT. The latter will advise the US government.

Both young intellectuals are normalizing the discussion of whether or not Bitcoin and crypto should be a matter of interest to central banks and governments. While that would have been a preposterous idea only a year or five ago, it is not anymore.

"Central banks may shift their international reserve holdings in order to protect themselves ex-ante against the risk of financial sanctions by fiat reserve currency issuers."

The thesis argues that in an age of increasing monetary sanctions, central banks of countries want to rely less on US treasuries and dollars and more on gold. After all, these dollars can be made worthless by the USA, as was shown with the sanctions against Russia.

The author finds a correlation between the amount of gold a country's central bank owns and the level of trust they have in the major fiat reserve issuers (the USA, mainly).

So why should these governments care for Bitcoin, or crypto in general? Can't governments sanction wallet addresses? Yes they can. But: 'As long as the issuers of fiat currency do not control the blockchain itself, sanctioned individuals can continue to send cryptocurrency from one wallet to another.'

Based on variables like the level of sanctions risk, risk aversion and estimated returns of gold and Bitcoin, the author proposes some portfolio allocations for central banks (see graph below for a country that runs risk of sanctions). 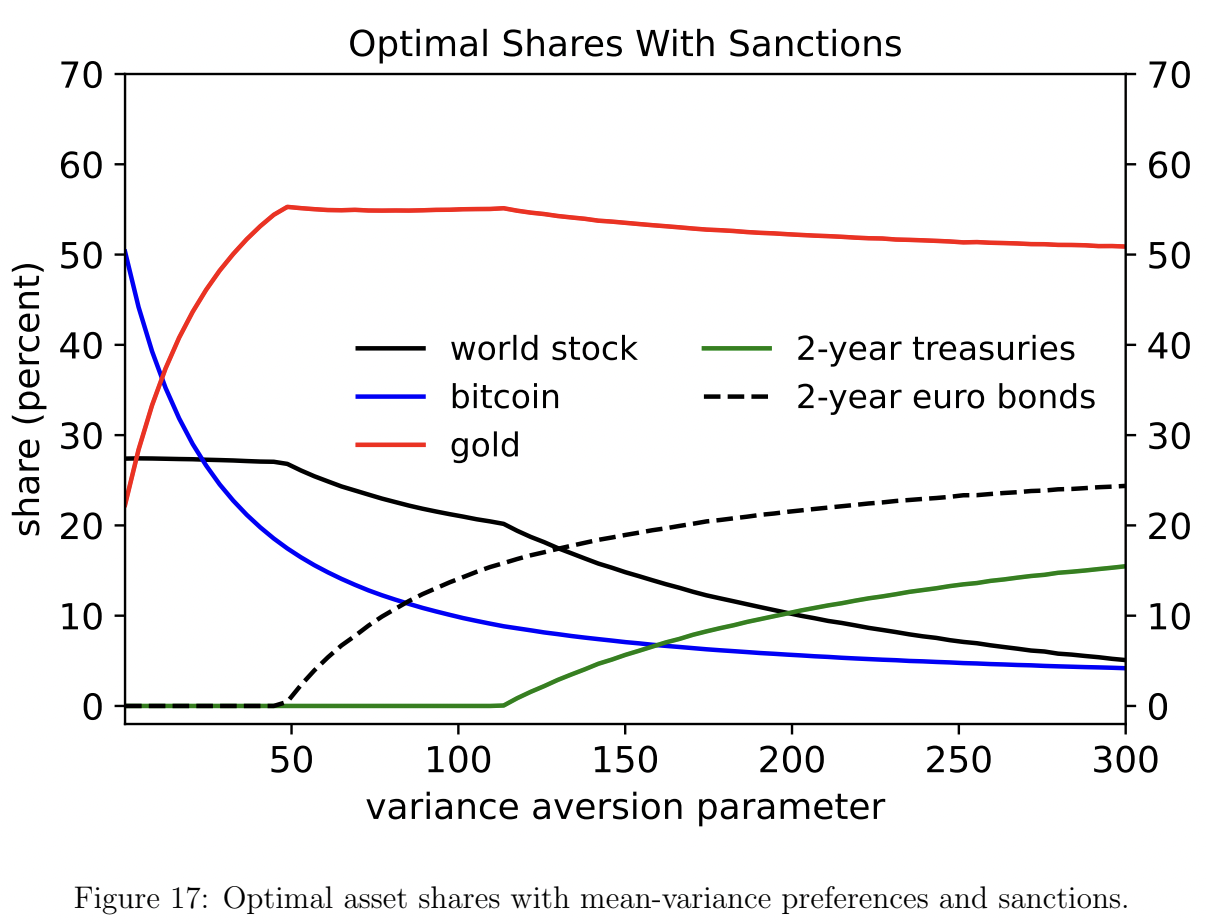 Jason Lowery works at MIT and the United States Space Force. In the recent two years, he has developed himself as what one could call a Bitcoin philosopher. He looks at the invention from the perspective of someone who is in the military.

invited to advise the White House Executive Office of the President on the national strategic security benefits of Bitcoin.

"Nakamoto's proof of work sets a major precedent in computer science & cyber security. It allows ppl to apply PHYSICAL constraints on software rather than LOGICAL (i.e. hackable) constraints. This is a BIG DEAL." 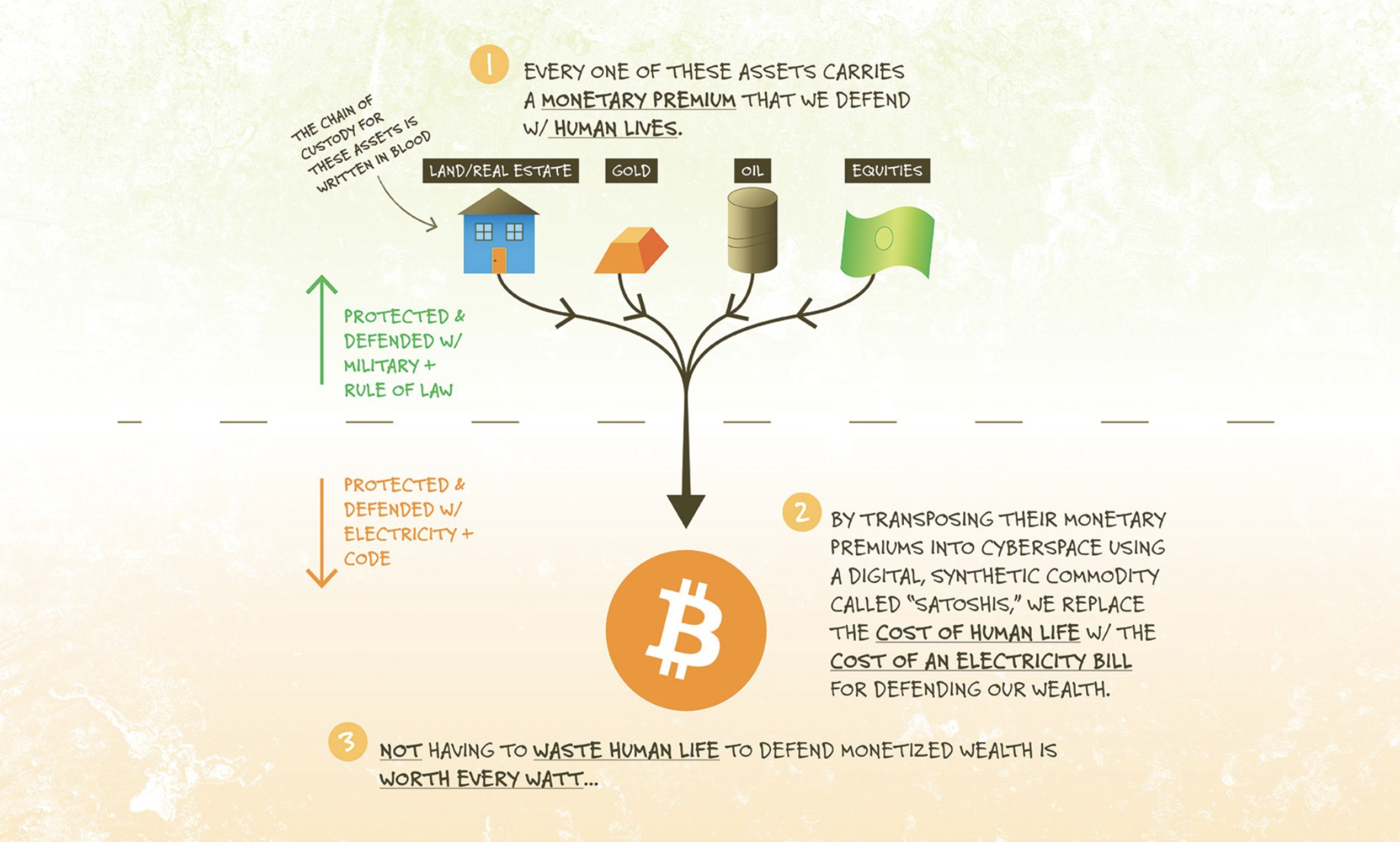 According to Lowery, the price we pay for assets like land and real estate, is written in blood. Warfare for the chain of custody of these assets has cost human lives. By transposing the monetary premium of real-world assets to Bitcoin, we would replace the cost of human life with the cost of an electricity bill.

Ferranti's ideas are less original than you might think. In the past decade, many have put forward the case of central banks dipping their toes in Bitcoin. What is remarkable, is that the paper carries the Harvard stamp, the breeding ground of traditional finance people. Lowery's ideas are more refreshing and original. In both cases, it is good to see a young generation taking their thinking on these matters miles beyond the average understanding of economists, academics and politicians.