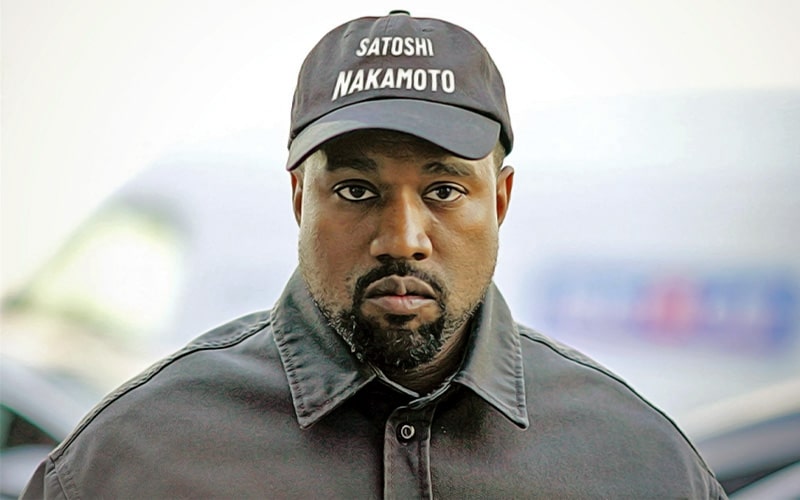 Why is Kanye wearing a Satoshi hat?

It's probably no coincidence that Kanye West ('Ye'), only a few days after his JP Morgan bank account was announced to be canceled, appeared in public wearing a Satoshi Nakamoto hat. The photo appeared just when Paypal got a lot of flak for appearing to fine users who spread 'misinformation'.

How Orwellian can the traditional banking system go? Political commentator Candace Owens shared an alleged letter from JP Morgan Chase that it would terminate its relations with Ye, who admittedly isn't shy of some controversy. Recent t-shirts logo's that come to mind are 'White Lives Matter'. He also made allegedly anti-semitic comments in an Instagram post and was subsequently banned from the social media platform. Even if no official reason was provided, it is probably no coincidence that the JP Morgan ban came in the days following that incident.

Of course, one should be very critical of extreme statements. But the Kanye bank account ban begs the question where financial institutions should draw the line in this polarized world. Is it desirable that, let's say, a Tweet that was intended as a joke (but wasn't such a good one), posted after a few drinks, will lose you your bank account? Are banks in the business of arbiters in these matters? Where will this lead us? Will pro-life supporters have different bank accounts from pro-choice supporters?

It's probably no coincidence that Ye showed up sporting a Satoshi hat after the incident. Bitcoin doesn't care about our lowly quarrels. It's permissionless, it's a machine that doesn't get involved in politics. Tick tock, next block.

Another recent example of the emerging tensions between financial institutions and their clients. Paypal was already known for years to act a bit like the morality police. Still, when they released new Acceptible Use Policy, it was a bit of shocker that a user could violate these when 'posting misinformation'. Wut?

Never mind that this term was buried in a litany of acts that are common in these terms and conditions documents, such as 'promoting illegal drug use' and 'inciting hatred'. It only took one attentive reader to point to the explosiveness of the term.

Who did Paypal think they were? The Ministry of Truth? People were quick to remind us that violating the terms could cost a PayPal client 2500 dollars. But of course, what made the news go viral was the implication that the 'misinformation' line and the 2500 dollar penalty were tied together, which they weren't.

Still, PayPal felt compelled to do damage control as quickly as possible. They issued a statement that the new policies “went out in error. [...] PayPal is not fining people for misinformation and this language was never intended to be inserted in our policy. Our teams are working to correct our policy pages."

But for PayPal, the damage was already done, especially considering the unfortunate coincidence with the Kanye cancellation. The image that lingers, is that centralized payment infrastructure providers are not neutral but want to be arbiters of what kind of people should be able to spend money. In a sense, that's their legal right, but it makes us aware of the value of crypto... tick tock, next block...