Counting the number of developers is a great way to look "under the hood" of a project, without needing technical knowledge. Electric Capital views the number of developers as a 'leading indicator' of the success of a crypto platform. Its effect on the success and price of a crypto network is not a matter of weeks but of years. So it's a good indicator to keep an eye on if you're investing in crypto for the somewhat longer term.

With all this in mind, it is good to see that the number of developers for crypto as a whole (web 3, as Electric Capital calls it) has never been as high as at the end of 2021. There are now over 18,000 active developersand that is an increase of about 80% from a year ago. 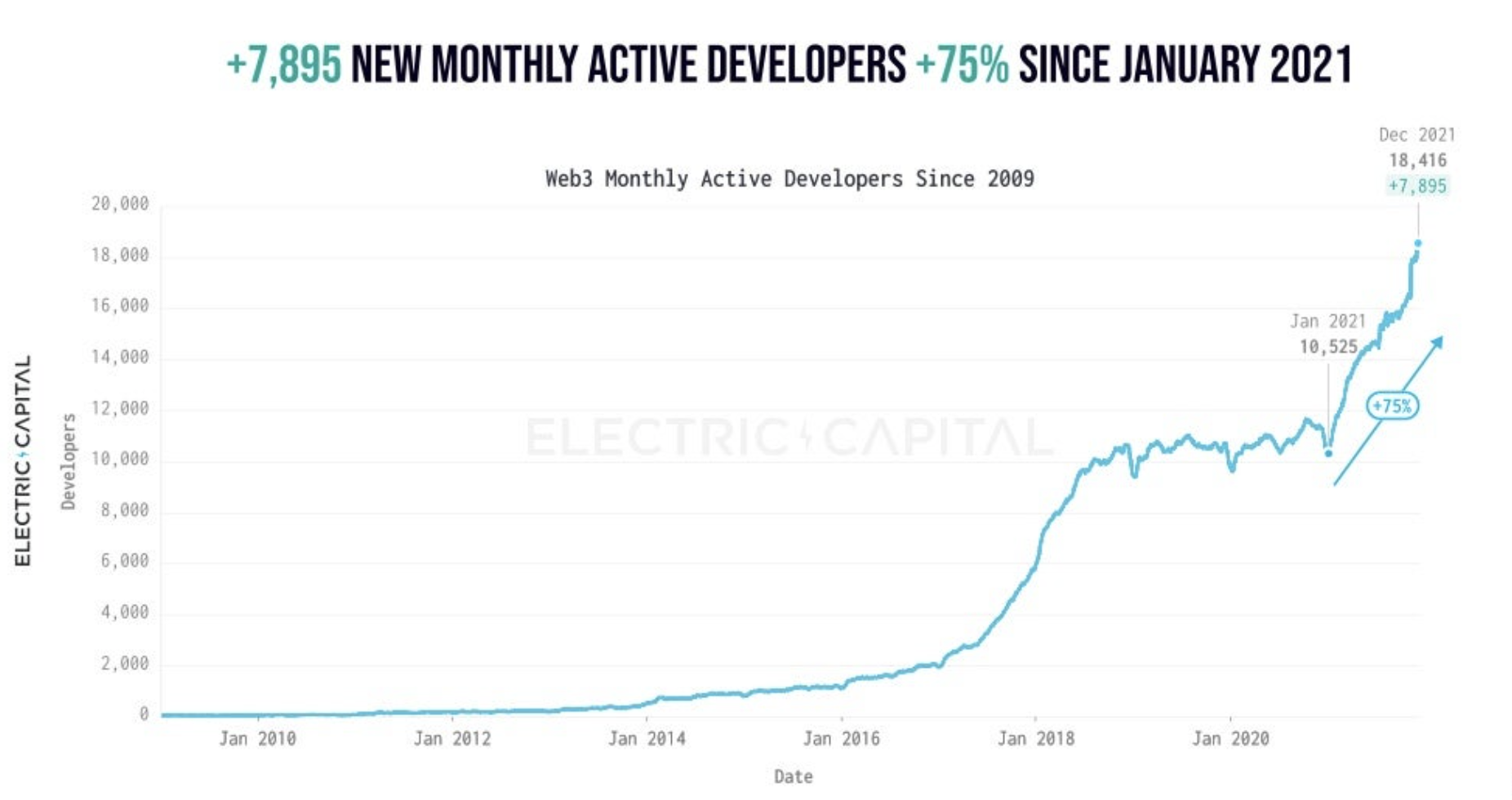 Despite the fact that this number is only a fraction compared to the total number of developers in "traditional" projects, this number lends the crypto industry a lot of weight and credibility. That army of programmers is committing a big slice of their lives to crypto. Just like Bitcoin miners, for example, they send the signal that they believe in the industry for the long term.

Incidentally, the authors of the report indicate that their developer counts are underestimates: they only have access to open source data. The part of the development work that takes place behind closed doors is not available to them.

The data show that the number of developers increases in a bull market and stays about the same in a bear market. As investors, we can be grateful to those loyal developers that stick around: they keep grinding out applications that make a new bull market possible.

King Ethereum and its challengers

The top five projects measured by the number of developers:

The fact that Bitcoin has fewer developers than Ethereum may be surprising, until you realize that to a lesser extent than Ethereum, Bitcoin is a platform on which to build applications.