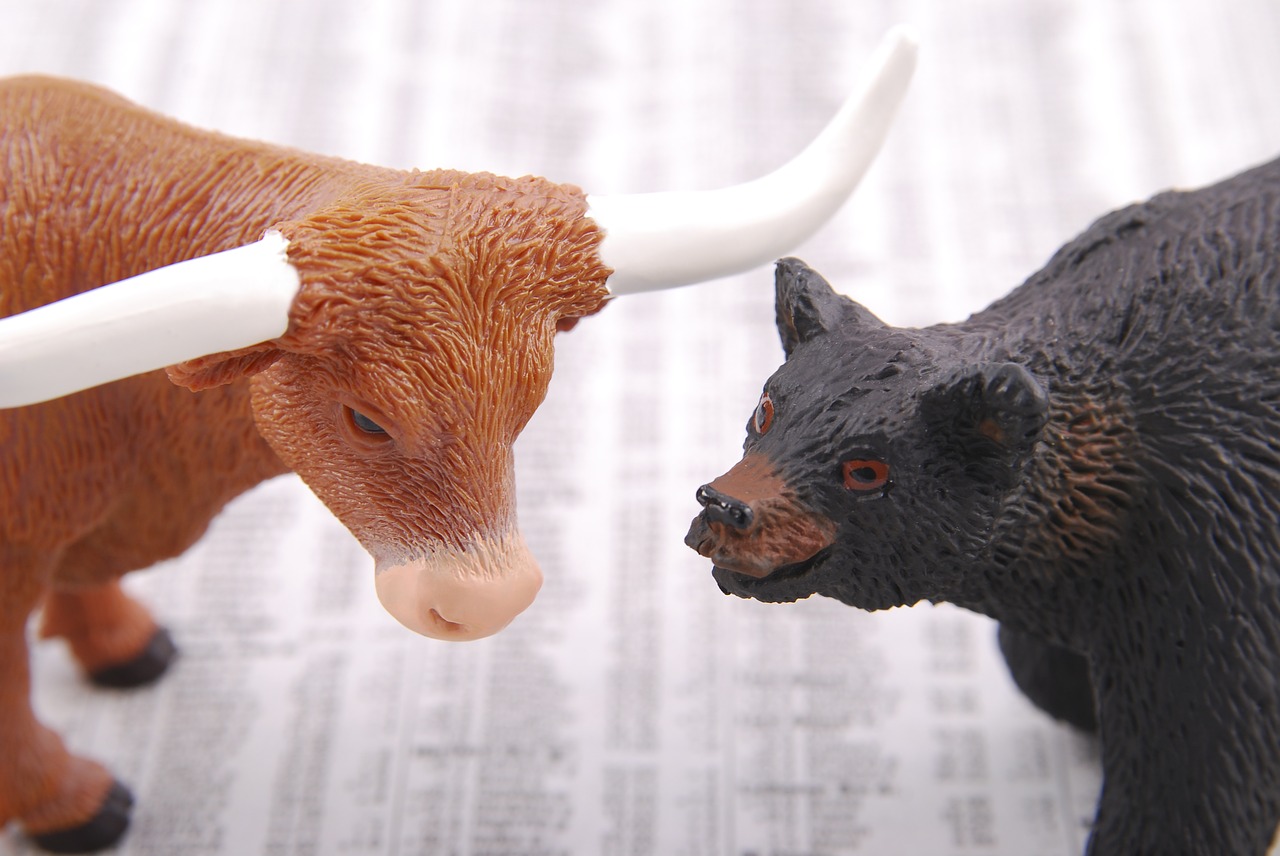 Bitcoin flies through resistance: what can we expect?

On March 27, Bitcoin's price jumped from below $45,000 to over $47,000. This marked the breach of an important resistance that had been holding the price down since early January 2022. Can we hope for new record prices or is there still too much headwind?

A short answer to that question: one may always hope but the market environment is not extremely favorable. There are opposing forces at play. We list a few favorable and less favorable signals.

The technical indicators are in the green
As mentioned, Bitcoin has broken out above a zone that had been acting as resistance for ages (months are ages in crypto :). 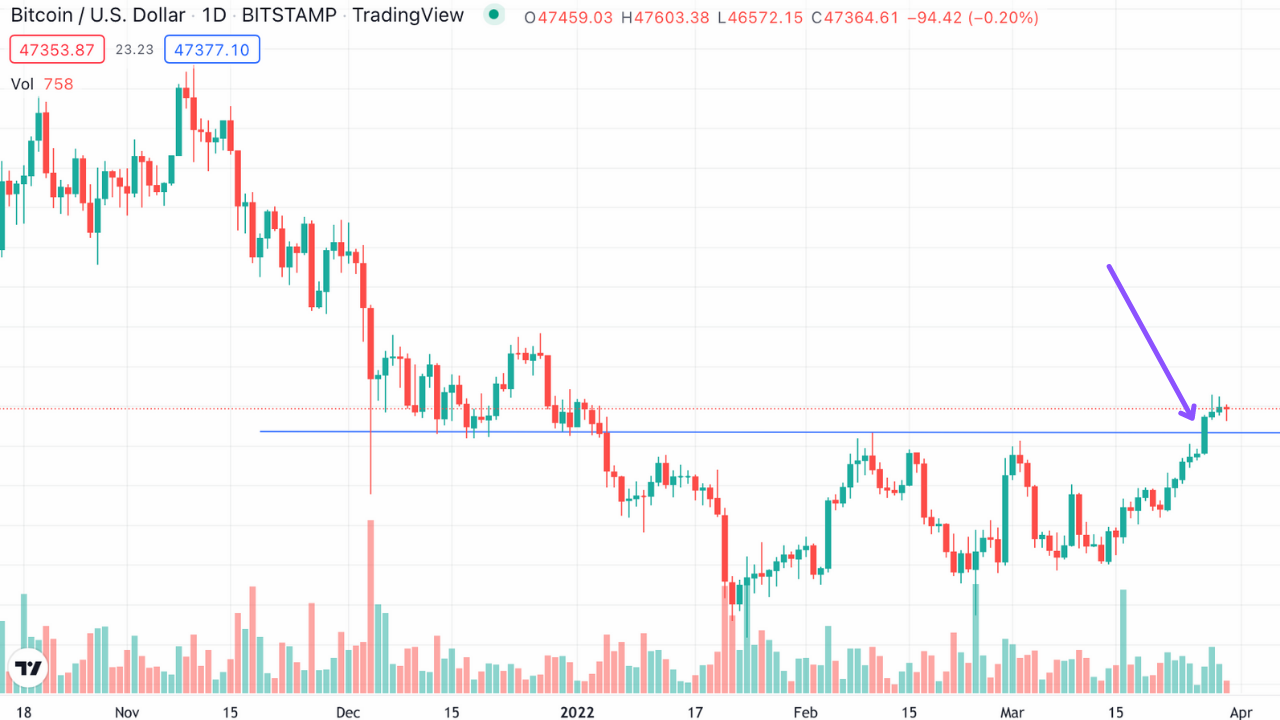 New narratives for the utility of crypto

Quite a few pennies have dropped in recent weeks, about the essential importance of Bitcoin and crypto in this world.

Inflation is (and will remain?) high
While Bitcoin and other crypto are seen as a safeguard against inflation, inflation also has a downside for the prices. Private investors simply have less disposable income left to put into stocks or crypto!

Number of users of the major chains are stagnant
For both Bitcoin and Ethereum, the peak in the number of active addresses and transactions was in May 2021. While the decline since then has not been dramatic, the numbers from then have not been matched. Of course, other protocols have emerged (Solana, Avalanche, Polygon, among others). But the growth of alternative chains is not spectacular at the moment.

The on-chain and technical indicators point to a further rise in prices. In addition, the broad market, including that for riskier stocks like Tesla, has been warming up to price increases again. Add to this the fact that new narratives about the usefulness of crypto have come to life among the general public.

But there is also bearish news. We face macroeconomic headwinds from inflation, interest rate hikes and, of course, the war in Ukraine hanging over the market like a sword of Damocles.

In the long term, we are hugely bullish on crypto. The new narratives and developments are additional confirmation that crypto is on the right path to further breakthroughs. However, these narratives are unlikely to lead to explosive price increases in the short term. Also, the new use cases of crypto will need months or years to generate hefty volumes and have a significant impact on the price.

What to do in this market? Traders weigh the above signals or grab their personal favorite indicator and place their bets. Long-term investors in these mixed signal markets tend to opt for the investment strategy of dollar-cost-averaging: putting in a fixed amount every week or month.