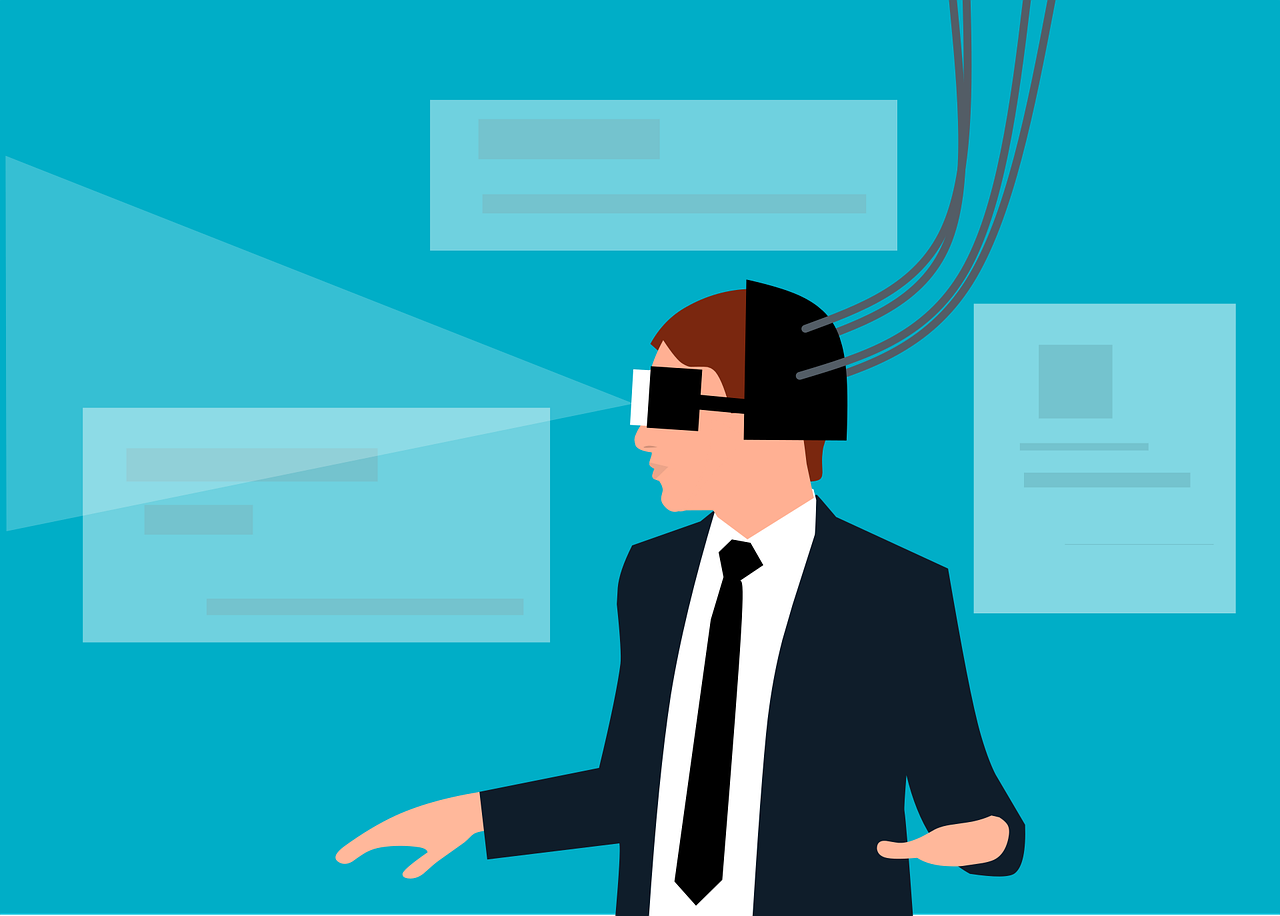 What is the Metaverse?

The word Metaverse is popping up more and more often as a description for how we will live online in the future. It is tempting to imagine the Metaverse as some kind of giant video game. A better and more down-to-earth image is that of the Metaverse as a rich and ubiquitous experience of being online.

Because even though we now have mobile internet - we still have to 'grab' access to the internet on our devices. With the Metaverse, the Internet will soon be 'around' us. That's what the Metaverse is in essence. It is the next step of integrating the Internet into our lives. This is made possible by ever better streaming capacity, sensitive sensors, face-tracking cameras, Augmented-Reality glasses, and so on.

The term Metaverse was coined by Neal Stephenson in his 1992 science fiction novel Snow Crash. In it, people move like avatars in a three-dimensional virtual space.

But the Metaverse in our definition is broader than virtual reality. Many people imagine the Metaverse as a somewhat more advanced form of Second Life, in which we all choose our own avatar. Or as a world we can step into by putting on our VR headsets. But those two ingredients are not necessary for the Metaverse. Virtual reality is just one of the Metaverse's 'apps'.

In the words of Matthew Ball:

'The Metaverse, like the internet, mobile internet, and process of electrification, is a network of interconnected experiences and applications, devices and products, tools and infrastructure.'

Just in the way we do not equate Google or Facebook with the Internet, neither will the Metaverse be a single domain.

Hopping with our identity and stuff

Picture the Metaverse like a form of the Internet that is everywhere, with richer visuals. An important point that many experts make is that the Metaverse is not one world, but several online (3D) environments. With an important difference from the many online environments that already exist, namely that they are ideally interoperable. You will deploy your identity and your virtual stuff across multiple platforms. The NFT you bought in an online gallery - you might want to use or sell it in another place - perhaps in a game. So the Metaverse is not just a fancy virtual world: it is an actual economy, where things are produced and sold.

The developments needed to create a thriving Metaverse take years, perhaps decades. It requires all kinds of developments in hardware, software, computing power, payment applications and communication standards. But development has accelerated in recent years, for example with better 3D imaging and rendering techniques. That said: we are already in an early version of the Metaverse. The fact that roommates are sitting in the same room with noise-canceling headphones, listening to their own podcast, is already a sign that 'where we are' is starting to become disconnected from where we are in meatspace.

What will be the architecture of the Metaverse? Will the 'objects' be in a database or on a blockchain? Will Facebook or other tech giants own or share ownership? This is a major point of contention that will be fought out in the coming years.

Crypto advocates are obviously no fans of the centralized Big Tech outcome. Consider what banning by a centrally controlled application like Twitter is already doing to the lives of some people. Totalitarian control over access to Metaverse applications would be even more dramatic. Precisely because just about everything is going to happen in the Metaverse: your work, your social contacts, effectively your life.

The hope of many, therefore, is that a lot will be built on blockchain technology. For this reason, the term Web3 often pops up in discussions about the Metaverse. Web3 has to do with the aforementioned concern about centralization. It is an umbrella term for technologies that can make users the owners of their data. Open standards can also play a role in this. For example, email is built on an open standard (SMTP), which anyone can build on and which prevents a monopoly.

Axie Infinity is an online video game built on the Ethereum blockchain. The play-to-earn game, which is somewhat similar to Pokémon, went live in 2018 and has since experienced explosive growth. There are currently around 2 million active players worldwide. A documentary shows how the game became a craze in rural Philippines during the 2020 lockdown. Some players make a living from it.