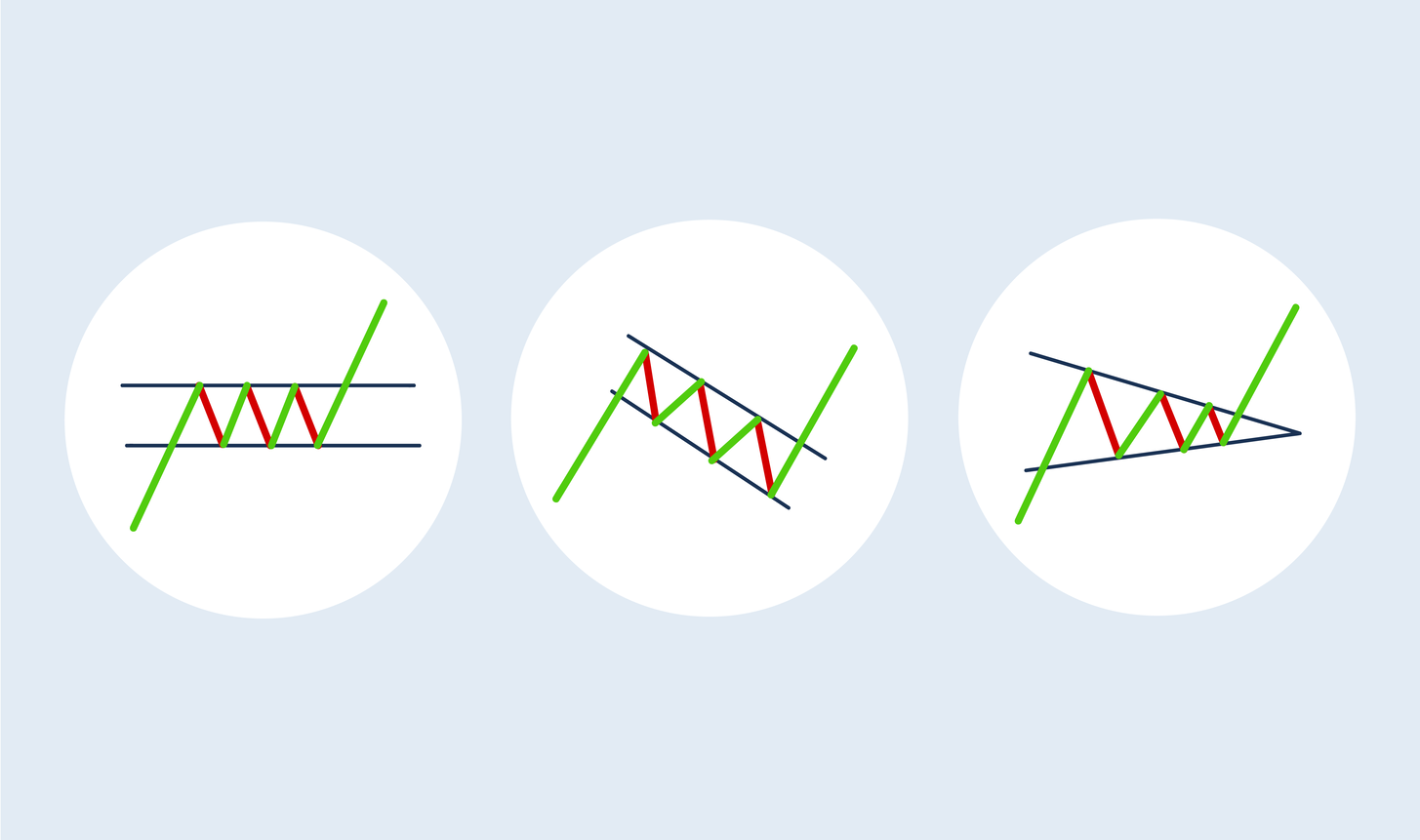 Of course, bull flags in the real world are less neat than these schematic representations but the principle is clear. In an up market, they are periods in which buy and sell orders more or less balance each other out for a while. The first people to take profits keep new investors balanced for a while, until the market runs out of profit-takers. Then the price has to go up again.

If we look at the trading volume in this pattern, we see that it is high in the flagpole and decreasing in the flag. At the breakout, the volume may go back up but it does not have to.

How do you trade the bull flag?

Next, the trick is to determine the breakout: the hour or day when the price chart jumps away from the consolidation phase. A little caution comes in handy here. In fact, it happens that the breakout is quickly undone. That is why some traders wait for the retest of the breakout line. If the break-out limit is hit and the trip up continues with conviction, it is time to open your long.

So when do you take profits? When you want, of course, and it doesn't hurt to do so in increments. But the point at which the expected top of the bull flag is reached is from the breakout as high as the original flag pole - see the picture.

If you want, you can set a stop-loss somewhere just below the lowest price level of the flag. If the price drops below that, it is almost certain that your trade is invalidated.

What are overbought and oversold in crypto?

If an asset, for example, a cryptocurrency, is overbought, it is too expensive. If it's oversold, you can buy it at a discount. That's the shortest way of explaining it. Determining this can be a matter of common sense, but there are also technical indicators that help with this.