Triangle patterns are important as they give clues about the continuation of a bullish or bearish trend. They can give warning signs about an explosive move up or down. That helps traders who want to time their buy or sell orders, or go long or short.

The period that the price stays within the triangle means the market is still indecisive. Buyers and sellers are more and more balanced out in terms of the price they want to pay/receive. At a certain point, either the sellers or buyers at that price point will be exhausted. In the first case, the price will shoot up, in the second case, down. That effect is sometimes self-reinforcing, as all traders are staring at the same charts and piling on, amplifying the price move.

For example, in a bull market, it is common to have some periods where the price takes a break from the upward trend and settles in a symmetrical triangle. It stays there before continuing upwards. And vice versa for bear markets. Symmetrical triangles are continuation patterns. In most - but not all - cases, the price continues moving in the direction it already was.

Triangle patterns are as old as trading: they are not specific to crypto.

What is a good triangle?

Symmetrical triangles don't show a downward or upward trend. The trend lines are symmetrically imposed on the x-axis. They converge, creating a trading range that gets ever narrower. As discussed, they are continuation patterns, meaning that the breakout will often be in the same direction that the price entered the triangle. 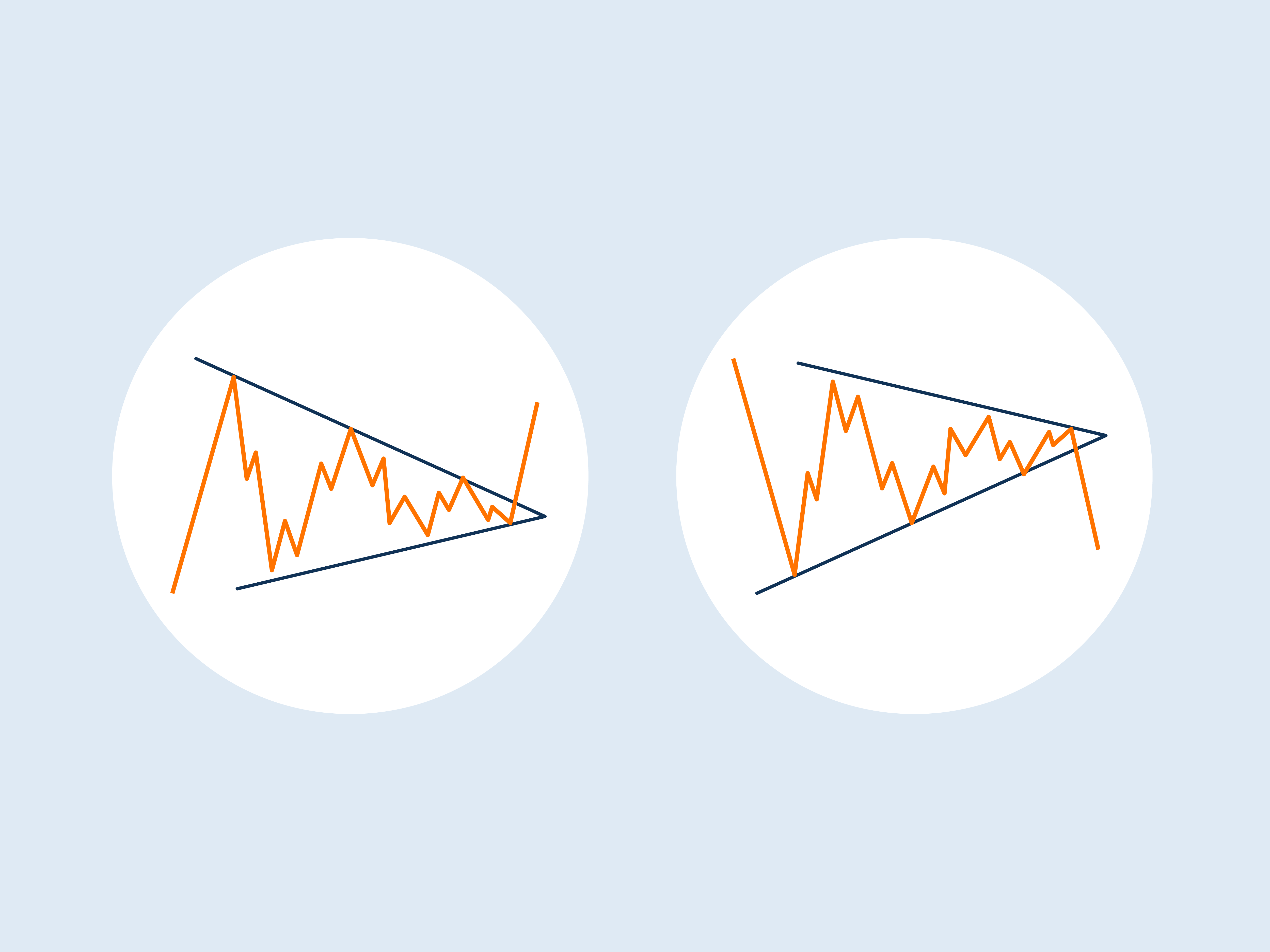 Bulkowski is the author of a seminal work on technical analysis. Based on his research, he suggests a breakout target for symmetrical triangles in case it breaks out higher:

This means the breakout in case of a breakout higher is bigger than a downward move.

In ascending triangles, the price drops less low on downward moves, and bumps to a horizontal ceiling on multiple occasions. The average price keeps rising, but a breakout fails to happen for the trapped price action. Until it does. 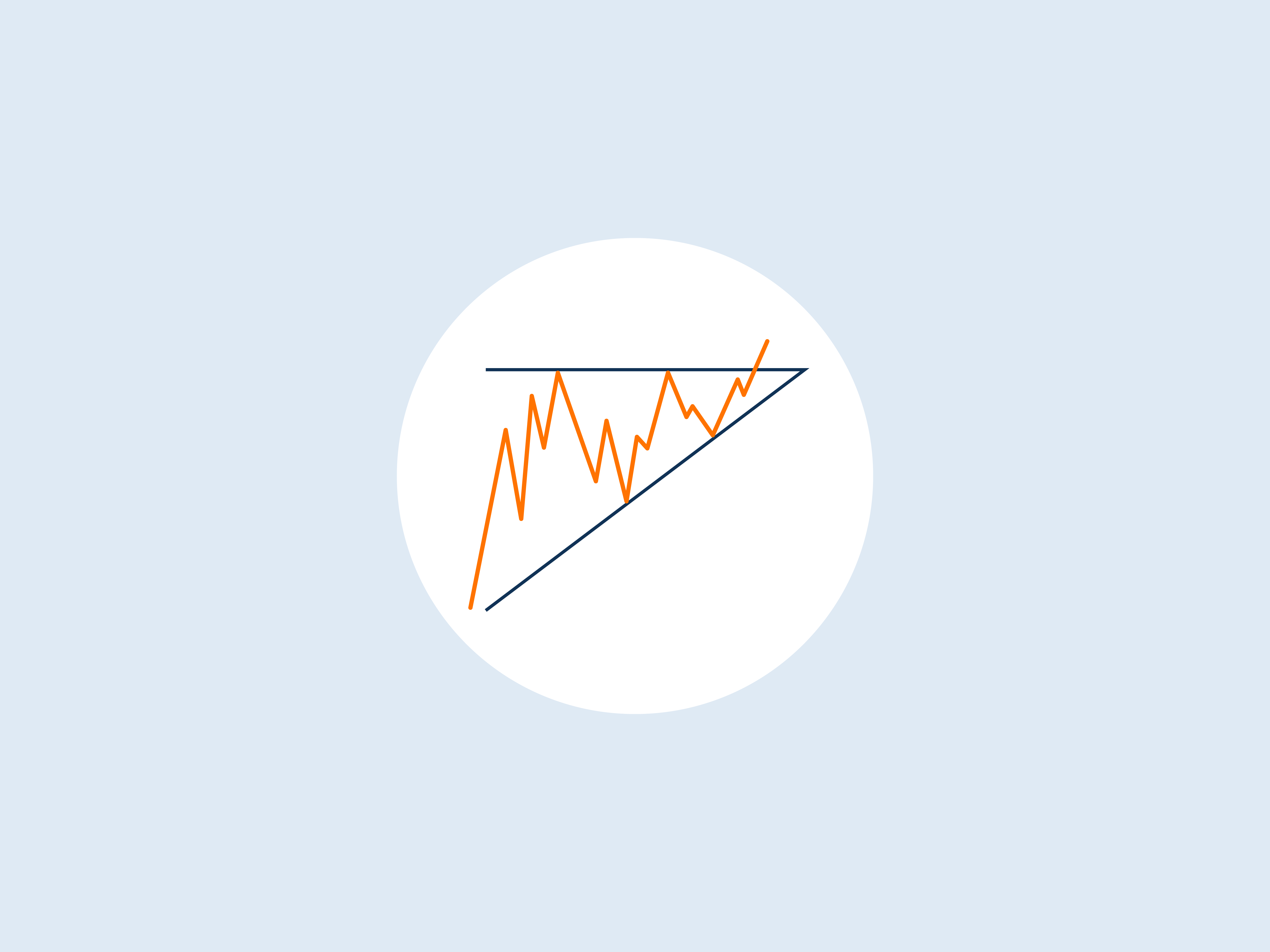 According to researchers Kirkpatrick and Dahlquist:

These numbers are only averages. Breakouts can be bigger or fail altogether.

A descending triangle has a downward sloping resistance line and a horizontal support line which meet at the right side of the pattern. 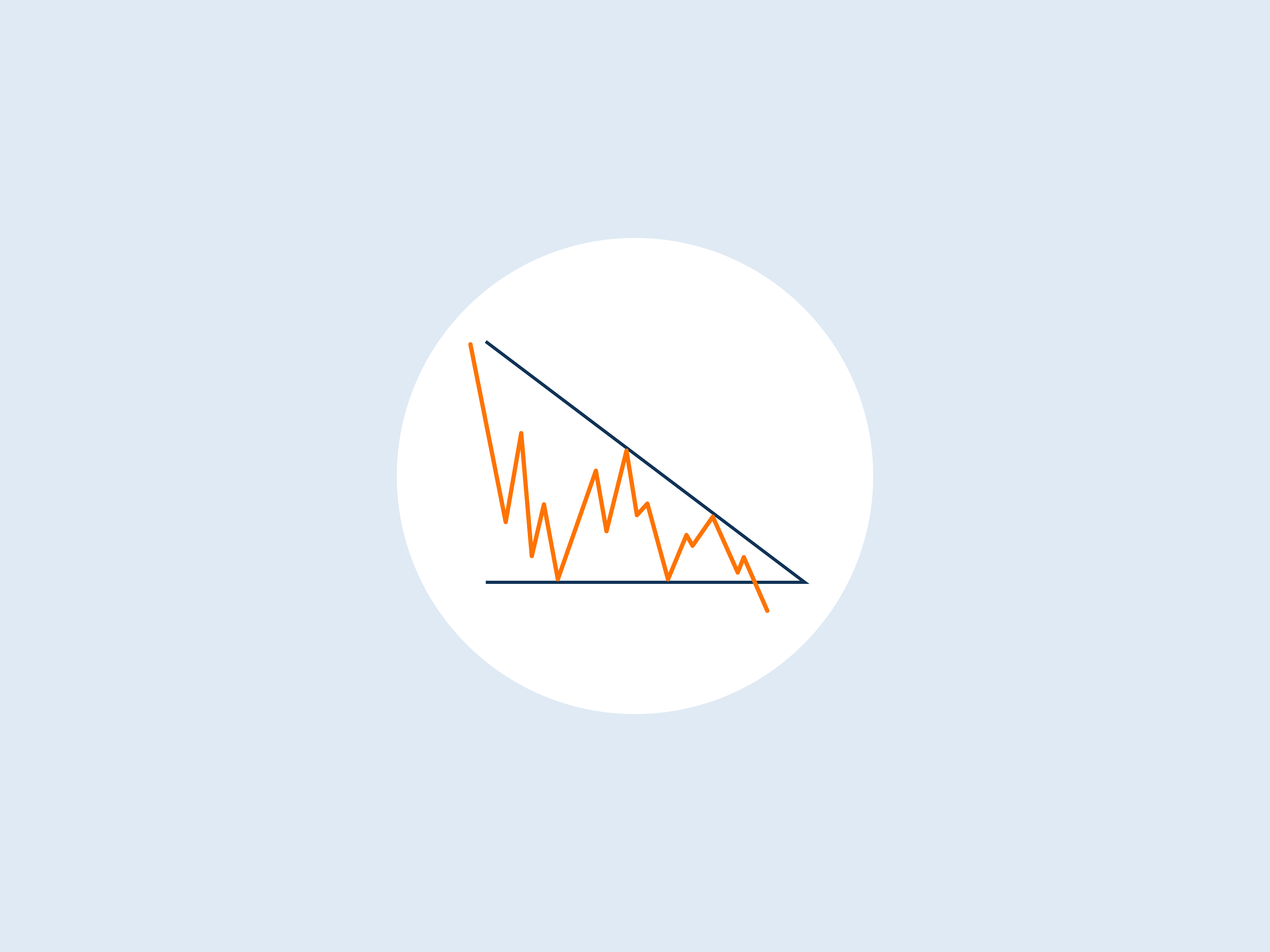 How to trade triangle patterns

Most traders try to capture a breakout when witnessing it (as opposed to anticipating it). Once the price overshoots the triangle borders on a certain time frame and with (optionally) a high enough volume, they will buy or sell (or long or short) the coin. More cautious traders will wait for a confirmation, where the price tests the previous support that is now resistance. After the price goes in the preferred direction for a second time and overshoots the previous breakout point, they'll feel safe to buy/sell. This is called the break-and-retest strategy.

Even though triangle patterns are among the more reliable technical indicators, putting a stop-loss near the most recent low point (in case of break higher) or recent high point (in case of a break lower) is probably a good idea. You can always go for another trade if the second breakout occurs.

A riskier strategy would be to anticipate the breakout based on statistics such as mentioned above. Not waiting for the breakout can of course backfire, so a stop-loss is advisable here too.

Apparent breakouts from triangle patterns that flip back to the price range of the triangle are in crypto often called fakeouts. They happen a lot. Again, a stop-loss is a wise idea. And waiting for a second opportunity.

When to take profits?

In the above sections per triangle type, we mention formulas for average breakout targets. These are probably a bit overly precise for practical purposes. They can give a false sense of exactness if you forget they are averages.

So what to do? For example. An often-used rule of thumb for an ascending triangle is to take profits when the price has broken out by the same amount as the height of the triangle. Of course, risk management is an option: taking small profits along the way and/or not closing your entire position after the target is reached.

What are overbought and oversold in crypto?

If an asset, for example, a cryptocurrency, is overbought, it is too expensive. If it's oversold, you can buy it at a discount. That's the shortest way of explaining it. Determining this can be a matter of common sense, but there are also technical indicators that help with this.