Cardano explained - How does it work and what is it trying to achieve?

Since its inception in 2015, Ethereum has become the biggest blockchain that is driven by the success of its smart contract capabilities. While Vitalik Buterin is the most important person behind the idea of Ethereum, he didn’t develop everything on his own. One notable figure and founding father was Charles Hoskinson who later started his own project called Cardano.

Cardano is completely different to Ethereum and tries to solve similar problems with its own unique technology. The main driving force behind the development of Cardano is IOHK a company founded and led by Hoskinson. He saw that Ethereum would eventually face challenges achieving scalability, sustainability, and interoperability. A part of these challenges stems from the fact that Ethereum is based on proof of work. This applies especially to scalability and is one reason for Ethereum to shift from proof of work to proof of stake in the coming years.

With these challenges in mind, Cardano was built differently and introduced proof of stake from start. But how is Cardano aiming to face the same issues and solve them? In this article, we are going to explore the fundamental basics of Cardano.

Cardano is a blockchain platform that aims to serve as a multiple asset ledger with smart contract capabilities. In effect, Cardano will offer decentralized applications much like Ethereum, Solana or other notable blockchain platforms in that field.

It is worth mentioning that Cardano is a work in progress, meaning that some features are still under development. There are five different branches that are under development, each with its own codename. Each represents a stage in development:

Cardano unlike Bitcoin or Ethereum which both rely on mining is based on proof of stake. Its consensus protocol goes by the name Ouroboros. The native currency on the Cardano blockchain is called ADA, which is also the exchange ticker for the cryptocurrency. ADA was named after Ada Lovelace, an English mathematician who lived in the 19th century and is recognized as the world’s first computer programmer.

What is Cardano trying to accomplish?

Since Cardano will have verifiable smart contracts on its platform it can serve a variety of use-cases. Nevertheless, its main application is decentralized identity management that can be used to manage governance and one’s individual value. The most notable effort in this field is the work of Cardano Africa, trying to deliver economic identity to millions of people who lack access to even basic services and infrastructure.

Aside from trying to accomplish so-called “real world use-cases” there are also a couple of applications that are more common among crypto projects. There are several protocols under development that will bring decentralized finance to Cardano. A notable project in this field is Sundae Swap which is a DEX protocol that will allow users to trade tokens and provide liquidity.

It is worth mentioning that Cardano’s DeFi eco-system is still under development and that it will take time until products will become available outside of the test net.

Who is developing Cardano?

There are three organizations involved in its development. The first one is the Cardano Foundation which is a non-profit. It holds the legal rights and supervision over the Cardano brand. The main purpose of the foundation is to promote Cardano worldwide and connect the platform with industries, policymakers, regulators, and academic researchers.

The technological development is led by the software engineering company IOHK. The company is also active in the field of blockchain education. For both purposes, IOHK is very well-connected with academic partners worldwide. Emphasizing the fact that all the development undergoes peer-review before the results are implemented.

The third pillar of Cardano’s development is EMURGO which is responsible for driving commercial adoption on a global scale as the technology partner of Cardano.

Cardano Staking - How does Ouroboros work?

With Cardano not being dependent on mining, its consensus protocol is based on proof of stake. Ouroboros works similar to other staking protocols. It divides time into epochs. Each epoch is made up of slots and each slot is a fixed period of time. At the time of writing each epoch lasts a day and each slot lasts one second. These numbers aren’t fixed and can be updated.

Epochs are circular, meaning that when one epoch ends then another one starts. Each slot has a slot leader who is chosen through a lottery. However, this process can be influenced by increasing the stake. With a higher stake, it is more likely to become a slot leader. Once chosen a slot leader is responsible for:

Cardano allows ADA holders to organize themselves in staking pools. Allowing them to combine their holdings in order to get a better chance to win the lottery and get rewarded. The reward is split among stakers in a pool the same way as the block reward is split beyond miners in a mining pool.

What can I do with ADA?

Aside from speculating on the price of ADA, there are a lot of use-cases available and even more of them in the future. ADA is used to fuel the decentralized ecosystem that is about to emerge within the next year. Another interesting feature is the staking, allowing even retail investors to earn additional income on their investment in ADA. With a negative interest rate, it becomes more interesting to generate revenue through cryptocurrency than through traditional financial products. Most users profit from the option to take part in a staking pool that was introduced with the Shelley upgrade of the network. The native currency of Cardano is also needed if one likes to take part in the platform’s governance.

Last but not least, ADA can be used for payments. While other cryptocurrencies became more focused on the digital cash aspect, Cardano has also a growing user base and even more important businesses who are accepting ADA.

Is Cardano better than Ethereum?

As we have pointed out before in the previous paragraphs, Ethereum faces obstacles that mainly stem from high fees and the lack of scaling solutions. Cardano prides itself to be more advanced than Ethereum. Still, that doesn’t mean that Ethereum’s development is stuck or stalling. In fact, Ethereum is transitioning from proof of work to proof of stake.

The fact that Cardano presents itself as the better platform should be taken with a grain of salt. Some aspects of Cardano’s technology are still under development and while other platforms already have something to offer Cardano is making forward-looking statements. This is particularly the case with DeFi protocols which became the number one use-case for smart contract platforms.

Another aspect is the network effect. Meaning that Ethereum has already a vast user base. It remains to be seen if Cardano can manage to convince more people and move to its platform in the future. Aside from any claims which platform is better, Cardano is a more than worthy competitor in its field that managed to become a part of the top 10 cryptocurrencies according to its market cap. 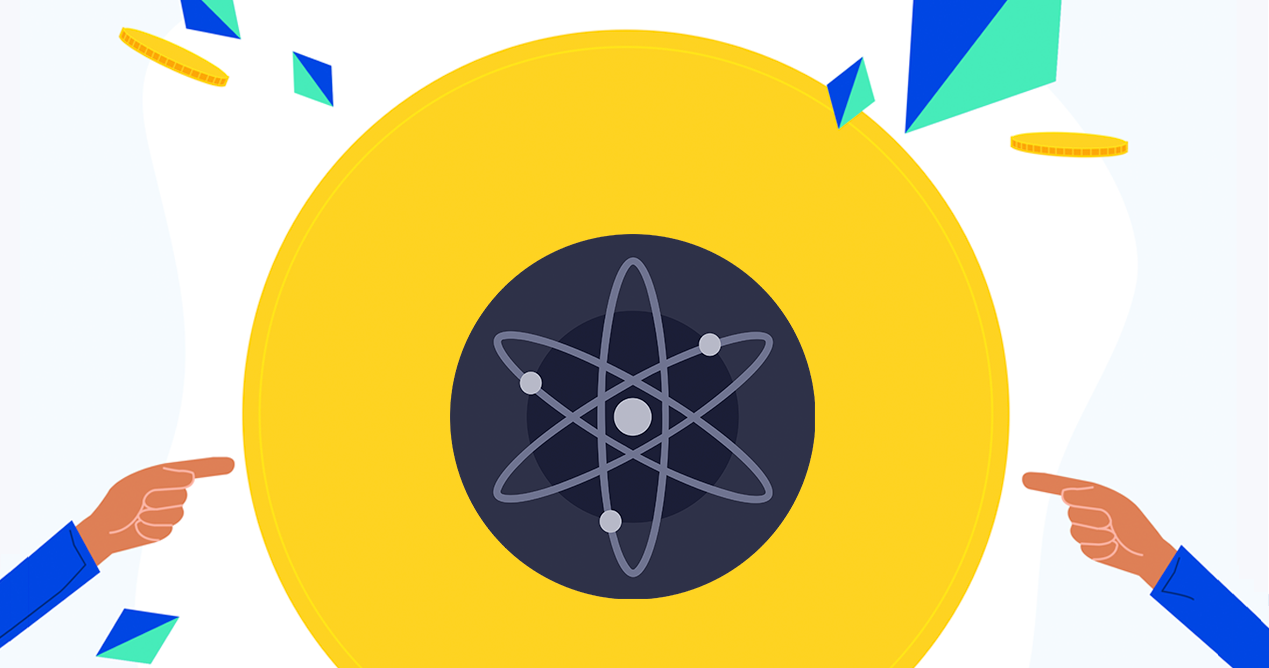 Cosmos, the internet of blockchains

The universe of Blockchains is still quite compartmentalized. The project which solves the problem of communication between these silos - the interoperability problem - awaits a hefty reward. Cosmos is one of the projects with good prospects. It is a network of independent blockchains that can still communicate. These can be blockchains built on Cosmos but also external blockchains like Bitcoin. 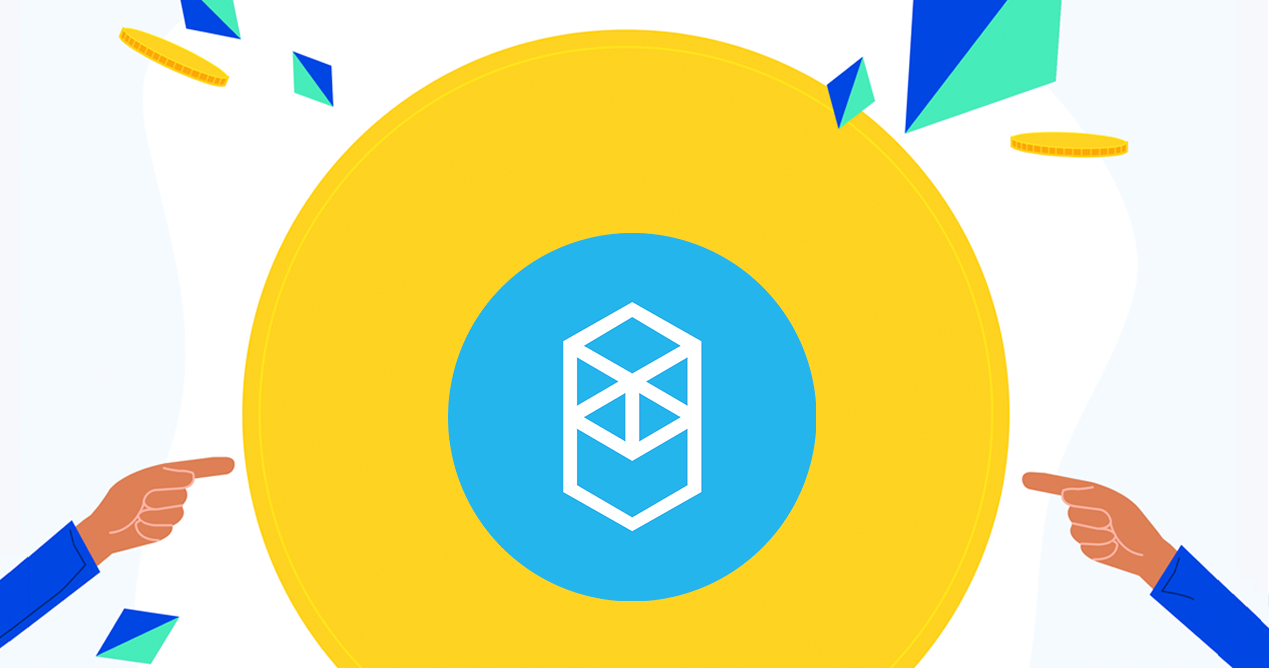 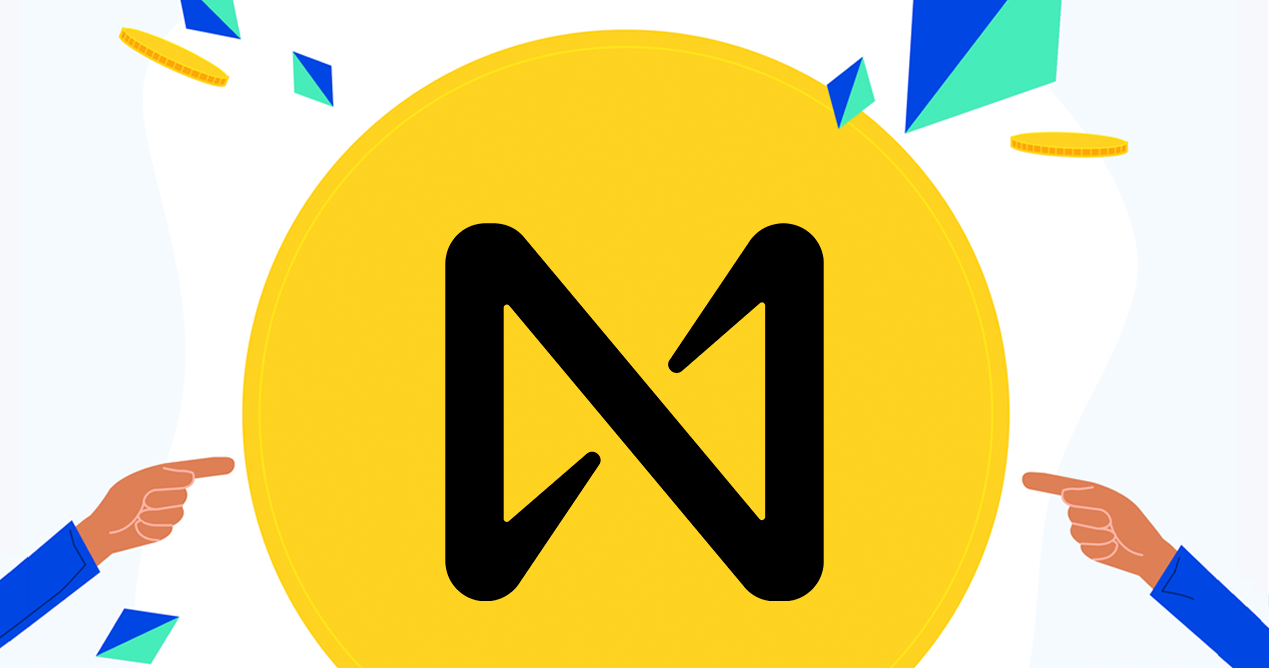