It can be dizzying, all those different types of charts with on-chain data… That’s why the renowned investment fund ARK Invest wrote a white paper that organizes and explains these tools investors use to evaluate the price of Bitcoin. ARK distinguishes different levels of analysis, each of which may appeal to a different group of investors.

ARK Invest focuses exclusively on new technologies that are disrupting existing industries, such as AI and robotics. For example, ARK was one of the first funds to bet heavily on Tesla years ago. Blockchain is one of the technologies in ARK’s sights. Founder Cathie Wood often is a guest in crypto podcasts to give her views on Bitcoin and other crypto.

A pyramid of layers of analysis

With the white paper, ARK hopes to provide tools for institutional investors to analyze Bitcoin. Too fewinvestors in traditional markets are crossing the chasm, partly because crypto as an asset class does not fit into a traditional analytical framework. Whereas according to ARK, Bitcoin lends itself ideally to in-depth analysis, due to the transparency of the blockchain. There are all kinds of metrics to choose from, and eachcorrelates more or less with the price of Bitcoin on a shorter or longer time scale.

ARK uses a pyramid with three layers for the overview. 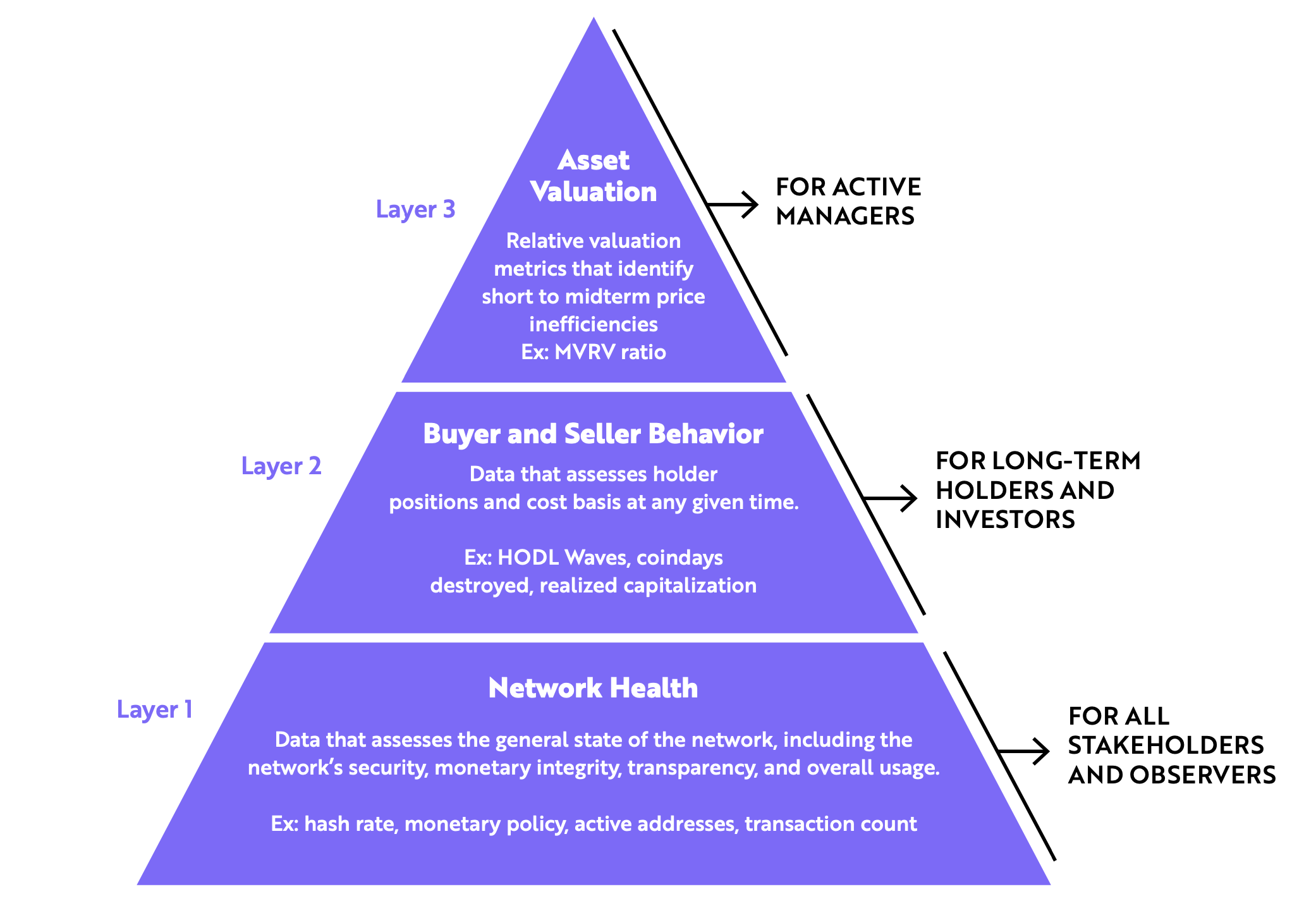 This layer builds on the foundation layer. This layer of analysis operates on the level of market participants: miners, trading houses and individuals who buy or sell. A few metrics here give clues as to which market phase is coming: a bull market or a bear market.

This layer contains metrics that show whether the Bitcoin price is over- or undervalued in the short term. Useful for people who like to trade on shorter time frames. Metrics fall into two categories, according to ARK:

Just as companies issue quarterly reports and countries issue economic data, the Bitcoin network offers its own data. An understanding of these data helps in making judgments about what the price is likely to do.

Cardano celebrates the launch of SundaeSwap this Thursday

With decentralized finance and NFT marketplaces flowering the Cardano blockchain has a chance to become a big player and fulfill all the promises that have been made throughout the last 2 years. What is SundaeSwap and what do we have to expect from its launch next Thursday?

Fidelity: crypto is here to stay

In a report, Fidelity looks back at the year 2021 for Bitcoin and crypto in general. What expectations do they have, based on the developments that are important in their view? Fidelity is one of the largest asset managers in the world, with over four trillion dollars under management. One of the main conclusions: the fact that the Bitcoin network has recovered so quickly from China's ban is very encouraging. A second conclusion: stablecoins and defi are slowly coming of age.