Many analysts believe that everything you need to know about the market is already included in the charts. Situations repeat themselves and the market shows the same or at least automatic patterns in the chart.

Two of the most famous patterns are relatively easy to spot and both are signalling strong movements and trend reversals.

A double bottom is a chart pattern that occurs when a price drop is rejected and it rebounds only to fall down again to the level where it got rejected the first time. From this second low point it starts a second attempt to rebound. At this point the pattern looks similar to the letter “W”. 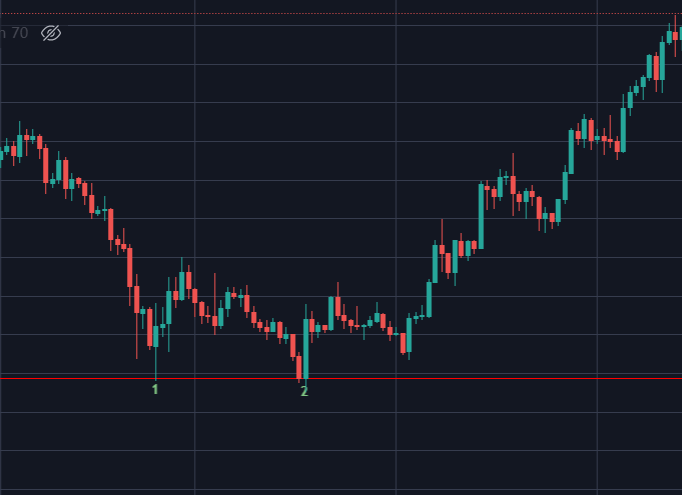 Many traders draw a horizonal line at the level of the resistance, called neckline. They believe that the double bottom pattern is confirmed only if the second rebound attempt breaks the neckline. Meaning that they only trade the pattern if the neckline is broken in order to increase their edge on the market.

A double top pattern is the opposite of the double bottom. Meaning that after a strong increase or rally the price finally meets a resistance. It retraces from this point only to find support and starts to rebound up to the previous price level where it gets rejected again. 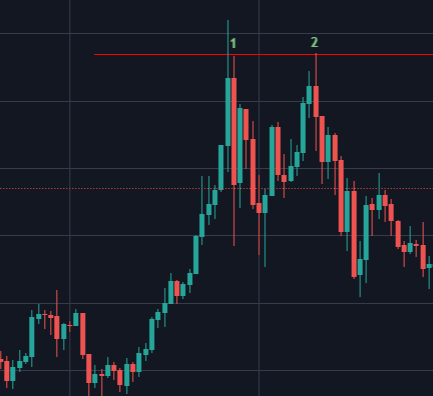 A double top pattern looks similar to the letter “M”. Again, many traders draw a horizontal line, but in this case at the support level. Should the price cross the neckline at the second retrace the neckline is considered broken which is seen as a possibly bearish reversal of the trend.

This is often interpreted as a strong sell signal meaning that the previous increase in price has come to an endand a rally is possibly exhausted.

Both patterns are very similar to each other and indicate a possible change of direction in the market. Please note that the reversal is only a possibility. While the typical “W” or “M” shaped patterns are easy to spot, they are not necessarily easy to trade.

It is always possible that the market will find support or resistance again and the neckline stays intact. One should always be prepared to be wrong. Also, the price level of support and resistance is not necessarily exactly the same, but ranging in a price zone.

What is a DAO?